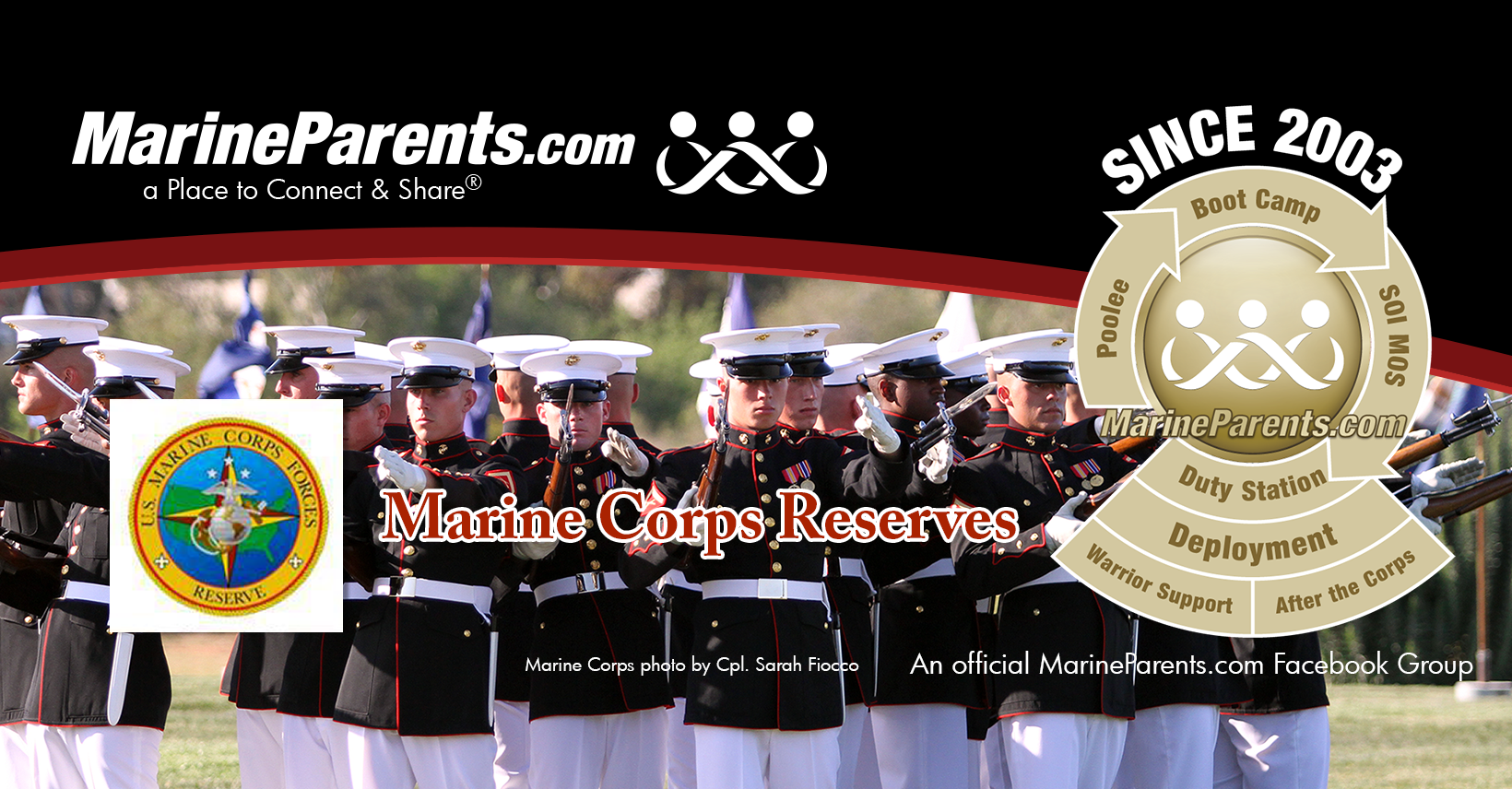 Welcome to the Official MarineParents.com page for Reserves.

To learn more about life in the Corps as a Marine Reservist click here.

Marine Forces Reserve is the headquarters command for approximately 100,000 Reserve Marines and 160 Reserve Training Centers located throughout 47 of the United States, Washington D.C., and Puerto Rico.

The United States Marine Corps Reserve was established when Congress passed the Naval Appropriations Act of Aug. 29, 1916 and is responsible for providing trained units and qualified individuals to be mobilized for active duty in time of war, national emergency or contingency operations. Marine Forces Reserve also provides personnel and operational tempo relief for active component forces in peacetime.

The Marine Reserve team possesses capabilities across the full spectrum of military operations; from humanitarian assistance and disaster relief support to the most potent combat forces in the world.

Serving with great distinction, in every clime and place, Reserve Marines have regularly operated alongside the active component in both World Wars, Korean Conflict, Vietnam War, Persian Gulf War and numerous other conflicts including Operations Enduring Freedom and Iraqi Freedom.

The vision for Marine Forces Reserve is to be the Nation's premier Reserve component, seamlessly integrating with the active forces, enhancing the operational reach and endurance of the Marine Corps... always capable of fighting and winning.

We have an Official MarineParents.com Facebook Group for Reserves. Click here to join now. Our Official Marine Parents Facebook Groups are run by volunteers who have gone through our training program. To help assure our groups are educational and on-topic, the volunteer Group Leader and volunteer Group Guides are the ones who will post topics in the group. The topics will be either educational or posts for members to have a Place to Connect & Share®. You are welcome to ask your questions or post your comments to any thread posted by the Group Leader and Group Guides.

Information taken from https://www.marforres.marines.mil/About/Media-Info/ on 6/25/2018.