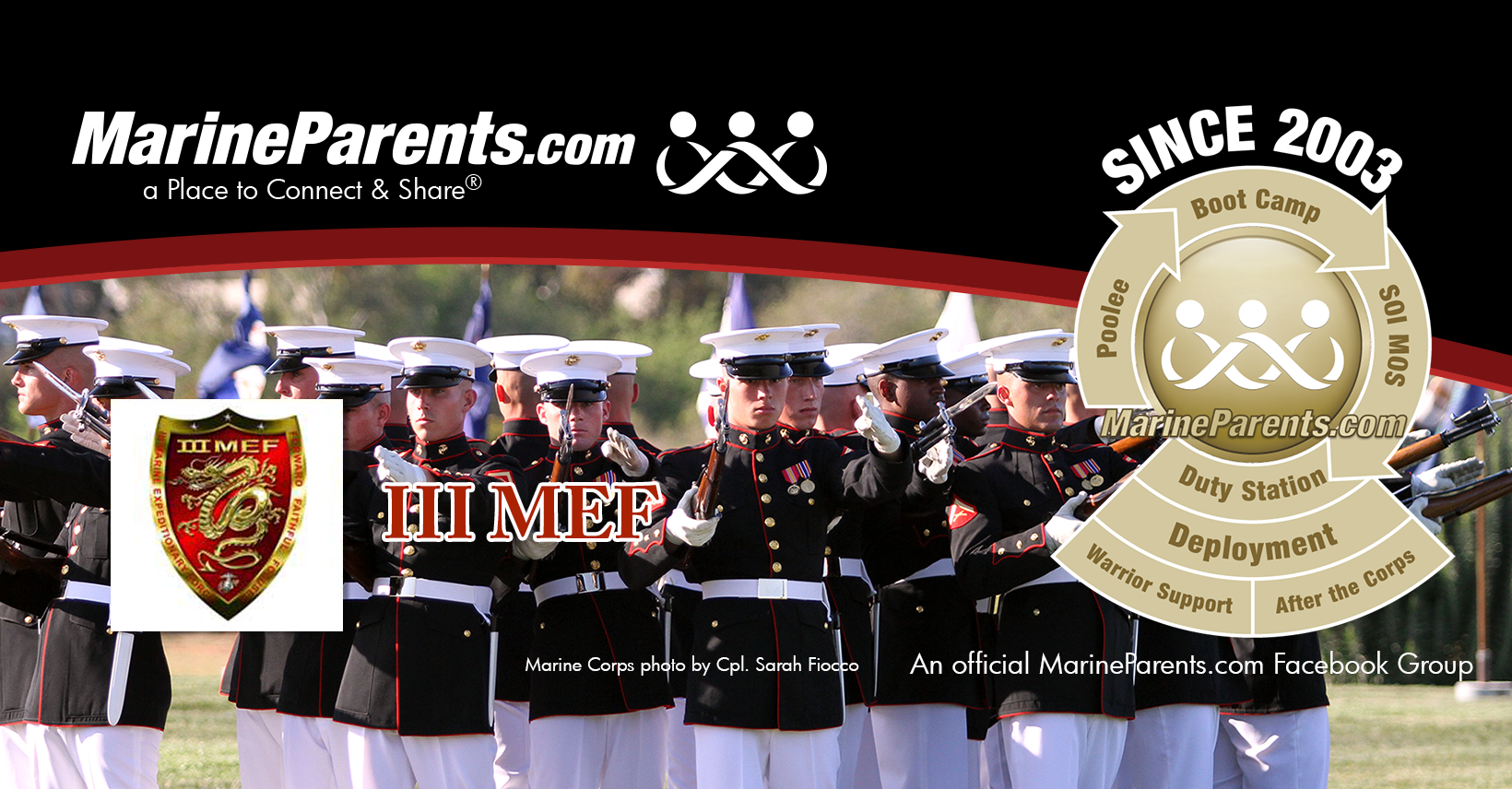 Welcome to the Official MarineParents.com page for III MEF.

III MEF, currently headquartered in Okinawa, Japan, maintains a forward presence in support of the Treaty of Mutual Cooperation and Security between the U.S. and Japan, and other regional allies of the U.S. III MEF also conducts combined operations and training throughout the region in support of the National Security Strategy for Theater Security Cooperation.

We have an Official MarineParents.com Facebook Group for III MEF. Click here to join now. Our Official Marine Parents Facebook Groups are run by volunteers who have gone through our training program. To help assure our groups are educational and on-topic, the volunteer Group Leader and volunteer Group Guides are the ones who will post topics in the group. The topics will be either educational or posts for members to have a Place to Connect & Share®. You are welcome to ask your questions or post your comments to any thread posted by the Group Leader and Group Guides.