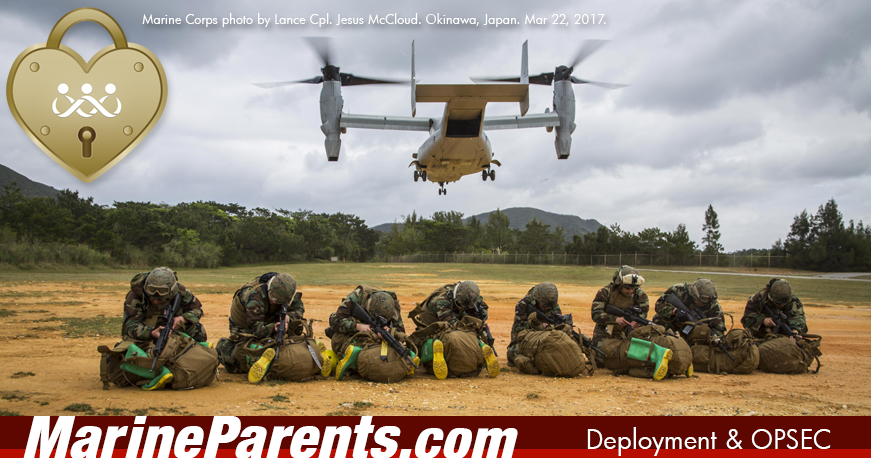 Not all overseas locations are considered "deployments." For example, Okinawa is officially considered a PDS (Permanent Duty Station). The terms "deployed" and "deployment" are applicable to those locations in which the U.S. conducts combat operations. There are no combat operations conducted on Okinawa. Marines assigned to Okinawa will likely have access to many of the same amenities as found at stateside bases and living conditions are comparable to those on bases within the borders of the U.S. Your Marine will have ample access to internet and phones, as well as a wide variety of shopping venues both on and off base. If youd like to send a little touch of home, you can send care packages whenever you like.

If you have an emergency at home, such as serious injury or illness or a death in the family, your first calls should be to the Red Cross and to your FRO. It is important to notify both. The Red Cross has worked with the military for decades in such matters and they will be able to get the needed information to your Marine.