The Marine Corps Birthday and Birthday Ball from MarineParents.com

The 244th Marine Corps Birthday is November 10th! Learn more about one of the most revered traditions in the Corps! 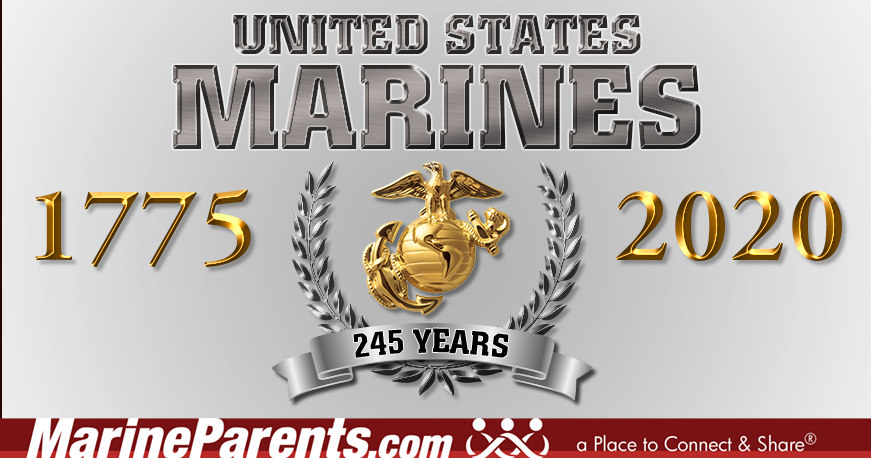 The Marine Corps' birthday is a day of pride and respect, and its celebration is one of the most revered traditions in the Corps. Each year, on November 10th, Marines around the world celebrate what they see as their "second" birthday, the day the United States Marine Corps was born.

The tradition runs deep. For years, Marines have been telling each other "Happy Birthday" on November 10th and attending Marine Corps Birthday Balls in cities across the globe. Each year, the Commandant of the Corps reads his "Birthday Message" to all Marines, and they "...reflect upon the legacy of [the] Corps and upon the awesome responsibilities lying ahead." (Warrior Culture of the U.S. Marines by Marion F. Sturkey).

Since the time of the Phoenicians and Greeks, roughly three millenia, fighting men on ships have served as boarding parties (in attacks on other ships) as well as infantry (while securing land bases and harbors). In 1664, the Royal Marines were formed as the Maritime Regiment of Foot (or Admiral's Regiment).

Approximately one century later, in the developing American Colonies, a committee of the Continental Congress met at Tun Tavern in Philadelphia, Pennsylvania, to draft a resolution calling for two battalions of Marines able to fight for independence at sea and on shore. The resolution was approved on November 10, 1775, officially forming the Continental Marines. The resolution stated that:

On 11 July 1778 the new U.S. Congress passed "An Act for Establishing and Organizing a Marine Corps":

SECTION 1: Be it enacted by the Senate of the House of Representatives of the United States of America, in Congress assembled, that in addition to the present military establishment, there shall be raised and organized a corps of marines, which shall consist of one major, four captains, sixteen first-lieutenants, twelve second-lieutenants, forty-eight sergeants, forty-eight corporals, thirty- two drums and fifes, and seven-hundred and twenty privates, including the marines who have been enlisted, or are authorized to be raised, for the naval armament, and the said corps may be formed into as many companies, or detachments, as the President of the United States shall direct, with a proper distribution of the commissioned and non-commissioned officers and musicians to each company or detachment.

This act formally established the U.S. Marine Corps. In the more than two centuries since, Marines have conducted hundreds of assaults on foreign shores and have been first to fight in military campaigns around the world.

The first Marine Corps Birthday Ball took place in Philadelphia, Pennsylvania, in 1925. Like the Marine Corps itself, the Birthday Ball has evolved over the years, from humble origins in Philadelphia to the polished, world-renowned entity it has become today. Each year, hundreds, if not thousands, of Marine Corps Birthday Balls take place around the world. At each ball, there is a ceremonial cutting of a birthday cake. The first piece of cake is given to the guest of honor. The second is given to the oldest Marine present, who, in turn, passes it to the youngest Marine present, symbolizing the passing of Marine Corps experience and knowledge down through the generations. 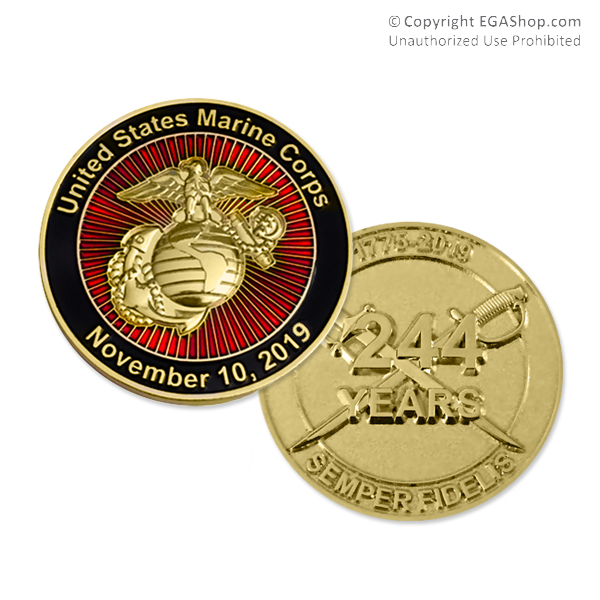