34 Years in the Marine Corps and the Finest Leadership 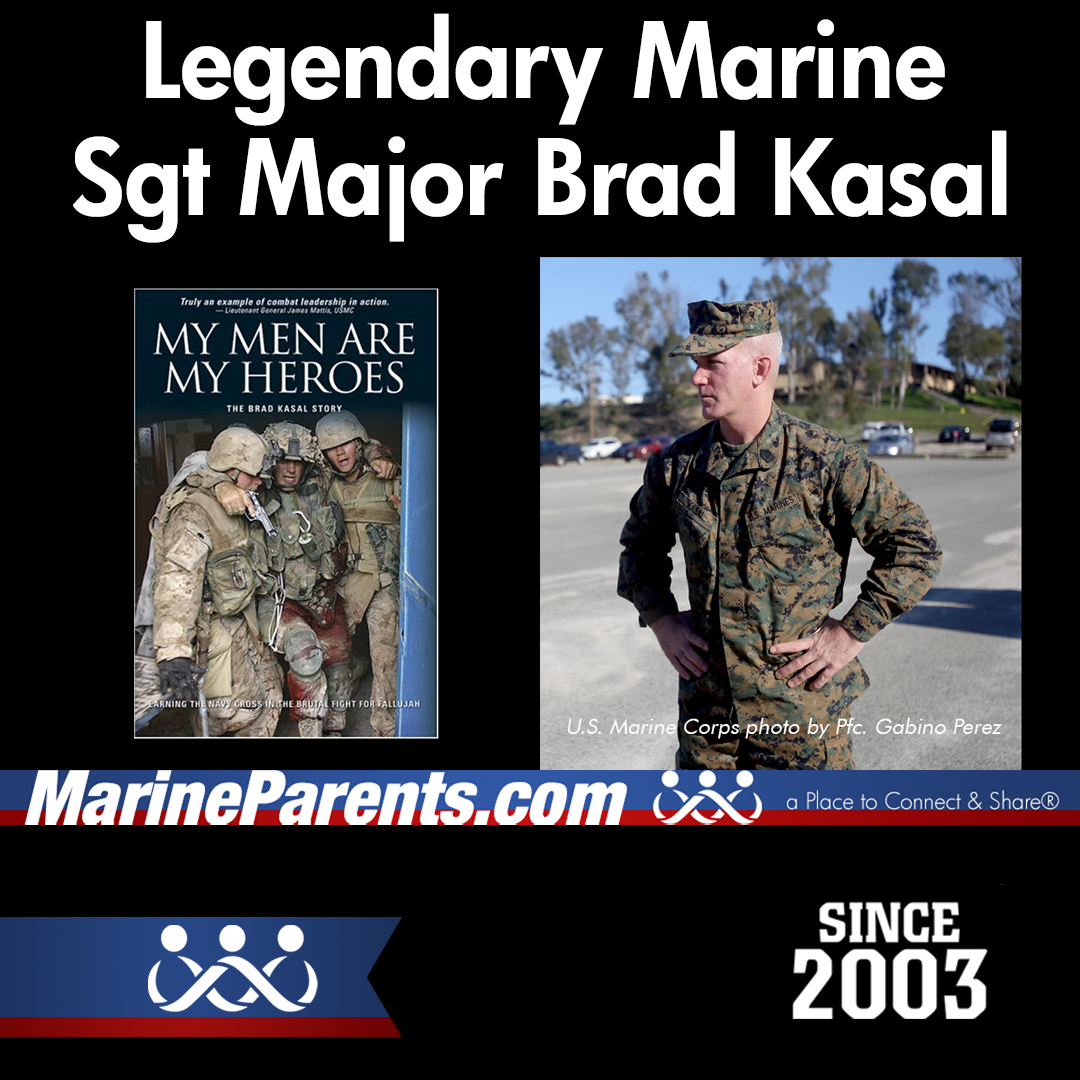 Sergeant Major Bradley Kasal is one of the most legendary Marines in Marine Corps history. While he is most well-known for the iconic photograph of him being helped from a building in Fallujah, Iraq by two of his Marines, he is equally well-known by Marines for his leadership and courage.

In 2004, while serving as First Sergeant for 3rd Battalion, 1st Marines, Weapons Company, Kasal was injured inside a building in Fallujah, Iraq. After being wounded by gunfire, Kasal was tending to another wounded Marine when he saw a grenade lying on the floor next to them. Kasal would lay on top of his Marine to protect him from the blast and sustained injuries from more than 43 pieces of grenade shrapnel. While losing blood from his injuries, Kasal refused medical treatment and extraction until the other Marines received medical treatment. He also shouted encouragement to his Marines as they continued to clear the building. Kasal was finally extracted from the building by LCpl Christopher Marquez and LCpl Dan Schaeffer.

For his actions that day, Kasal received the Navy Cross in 2006, the military’s second-highest award for valor.

A biography of Kasal, “My Men Are My Heroes,” written by Nathaniel Helms and Kasal, was quickly added to the Commandant’s Professional Reading List and has been a popular recommendation ever since.

Sergeant Major Kasal retired from the Marine Corps on May 18, 2018.

Get one for every member of the family! Let your battalion colors fly high during the moto run on family day Thursday! On sale for a limited time.