And you can still register!

It's not too late to register! You do the event in your home town and you choose the distance! Whether you walk, run, ride, swim, or use a treadmill at the gym, you can participate and take a step toward a healthier you while honoring a man who devoted years of his life to supporting wounded, ill, and injured warriors. Join us in keeping his memory alive and running with purpose!

Dale Larson's Challenge for July is a memorial run to honor Dale, a Marine Father, Volunteer, and Runner who passed away on June 1, 2020. Dale ran dozens of half marathons and this is his challenge to you this month. Complete 13.1 miles for your event in honor and memory of Dale. If you can't run a half marathon, choose a distance that works for you. Dale's preferred race was a half marathon to which he maintained that running 13.1 miles was only half crazy! Participate virtually with other Marine family members around the globe. Participate virtually with other military and Veteran supporters around the globe.

Dale Larson was an extraordinary volunteer who dedicated many years to the Marine Parents organization in service to our wounded, ill, and injured warriors at the Wounded Warrior Battalion West and Balboa Naval Medical Center in San Diego. Dale was a husband, a father, and a grandfather. He was full of passion and energy. He was a runner of half-marathons, which, according to Dale with his contagious humor, meant he was only "half-crazy." He was a cancer survivor. And Dale never said "no" to helping wounded warriors. 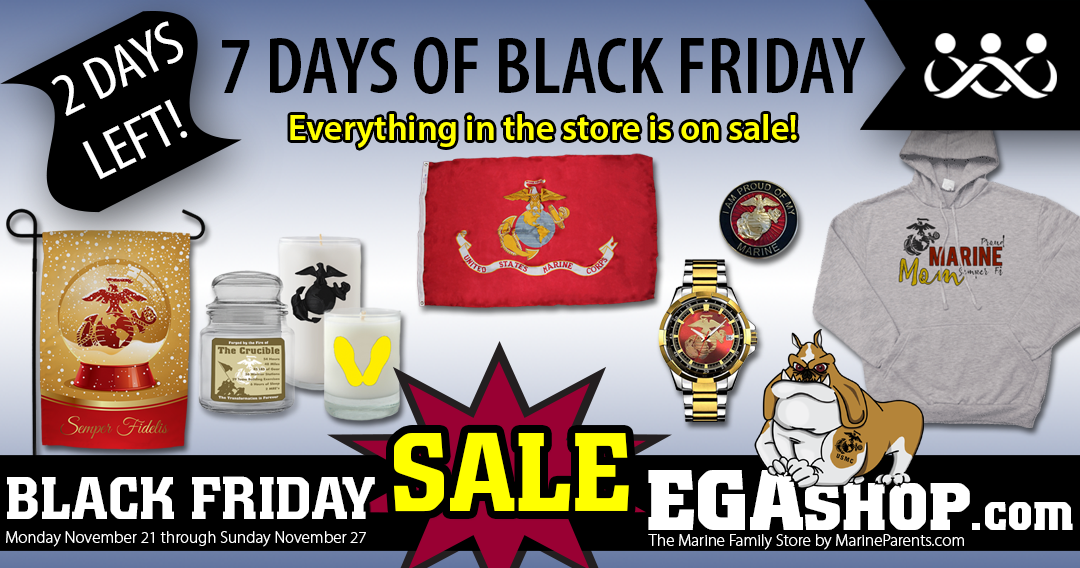 We have two days left of our Black Friday prices, and you have to get in on the deals! Sale prices end on Sunday, November 27, 2022.